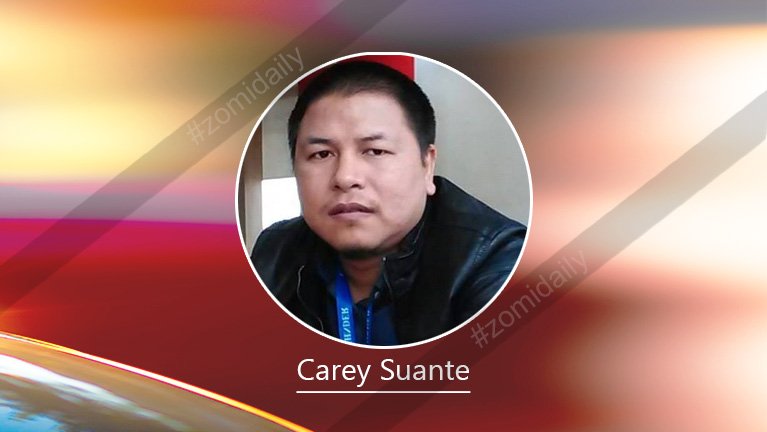 A Reflection on Kuki – Zomi Conflict of 1997 ~ Carey Suante

Prior to 1997, Churachandpur was probably the only peaceful district in Manipur. Its residents, mostly of the Kuki-Chin-Mizo-Zomi group, lived in an almost ideal Zo society envisaged by advocates of Zo unity and nationalism – communicating with one’s own dialect and being understood by the other using a different dialect. It was a peaceful and harmonious society with fast-paced accelerated development in terms of education and commerce. The residents were proud and felt secure in their environment. However things would never be the same again after the summer of ‘97.

The early 1990s saw the increasing popularity of Zomi-centric identity consciousness within this district taking the form of extremism with the formation of notably the Zomi Re-unification Organisation and its armed wing Zomi Re-unification Army. This formation of ZRO by those who subscribed to the Zomi identity posed a threat to the Kukis who have been seeking refuge in the district from the Nagas with whom they were fighting since long. The Kuki refugees felt safe in the district as the Zomis were their own brothers (sawpihpa) and some were even seen begging for their daily needs amongst the Zomis. It should be noted here that Kukis were very much part of the population of Churachandpur albeit a minority.

The Zomis on the other hand felt the pressure of this new addition to the population and ultimately the changing political demographic within the district. The unseen hands of local politicians and selfish leaders cannot altogether be blameless.

With this new influx petty crimes were on the rise, crooks extorting money from businessmen and gun-trotting men were often seen even in the inner most part of the Lamka town where the ZRO was based. It must be said that whilst the Kuki refugees came in large numbers they were not turned away but neither were they welcomed with open arms. It was the desperate recklessness of the gun-trotting youths amongst them that irritated the locals.

Likewise, unfortunately, the local people were suspicious of the newcomers as is the case with every society everywhere on the face of the earth. The local Christian community did not display any of the Christian values of charity, compassion or the like to the refugees but was also turning a blind eye to the small incidents of violence and suspicion between these two entities. If there was any entity able to intervene and prevent the conflict, it could very well have been the Church.

ChurachandpurThe Zomis were protecting and safe guarding their habitat, freedom, security and their pride and expected the newcomers to respect these. The Kukis were helpless and hungry and expected their host to feed and clothe them but to their dismay there was no sympathy from Sawpihpa. When unvoiced expectations are not met there is always tension and stress as between a man and a woman in marriage so was the case between these two brothers. The lack of proper communication and suspicion finally led to their conflict in the summer of 1997, resulting in thousands of people being displaced, killed, maimed, handicapped and even raped.

Communal hatred and ill-feeling dragged these two identities of the Zo people down to the mires. The very names they had fought for is belittled and besmirched. The very people they had been sworn to protect were killed in thousands and their houses burnt to the ground and some even became refugees in neighbouring Mizoram. The freedom and commerce they had fought for had been brought down to its knees and stranded for months together. Development had been halted for months together and with the large scale of destruction happening during the few months of madness it will be some time before peace and harmony reigns again in Churachandpur.

Even today ordinary citizens are scared to go out at night preferring to stay indoors. Businessmen were reluctant to invest their riches lest they be summoned to pay “protection fee”. The elders and the Church are still reluctant to voice their concerns lest they be branded “unfaithful” to the “cause”. Execution style killings are the order of the day. In short the very things they fought against, they became.

It was indeed an ironic twist to the tale of these two entities. These two brothers who should have been living and fighting along each other were fighting and killing each other. Both had, one can be certain, unity and communal harmony as their goals but they were blinded by their pride and anger. In committing themselves to this foolhardy battle both camps lost the war. Either camps have effectively reduced the choices for the Zo people by tarnishing the sanctity of Zomi and Kuki in this conflict.

You are as much a Zomi as you are a Kuki, a Chin or a Mizo. So let us shed no more blood in our endeavour to choose a common name. Let us get used to the different nouns used to identify us – Zomi, Mizo, Chin or Kuki. What is more important and will stand the test of time and outside aggression and assault, is the love and respect we have of each other, our common cultural practices and our common history.

Let not the imaginary state boundary lines and international boundary lines deceive and fool you into believing that you are different from the people on the other side.

Let us know and acknowledge that we are one and the same then the idea of Zo unity is complete and more concrete. Unity of the mind and spirit is the first and most important step toward territorial integration and unification. Carey Suante (Please note this piece was written in 2007)