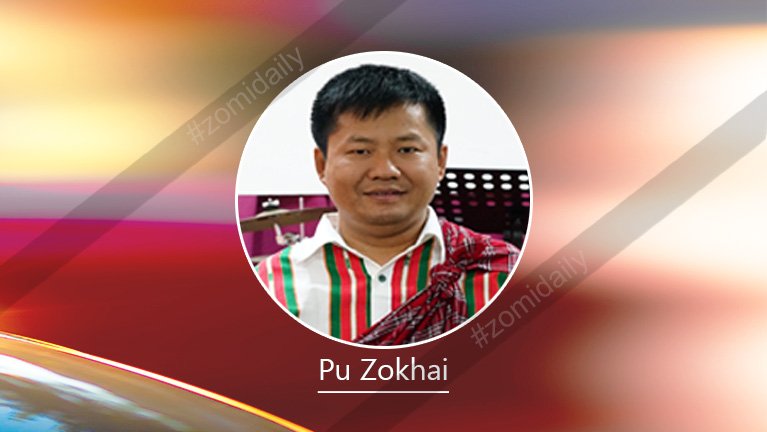 We, the APZPC, protest against the “ethnic cleansing policy and racism” of the Government of the Union of Myanmar. We protest against the statement on the ethnics of Burma that states “there is no Zomi in Burma Ethnicity”. We publicly condemn this statement by providing evidence and witness that “Zomi is a recognized ethnic group of Chin State in Burma”.

Even before the World Wars, our ancestors called themselves “Zomi”. They composed love songs, patriotic songs, heroic songs, and victorious songs with the word “Zomi”. Zomi has her own language, culture, custom, traditional celebrations and religious practice those are totally different from others.

When the British divided our land and gave to Burma and India in 1947, the Burmese government then named our Zogam (Zoland) “Chin Hills” and “Chin” means “basket carriers” in Burmese word, and the other side was named “Kuki” by the Indian government.

In order to reproof our “genuine identity”, the Zomi Baptist Convention (ZBC) was publicly established in 1953 in Falam Town under the leadership of Mr Sukte Hau Go. The ZBC was established under the Burma Baptist Convention (BBC), which was a standing member of the World Christian Convention (WCC), and it was a registered and well-known organization not only in the Chin State but also through out the country. Hence, the Government of Myanmar’s statement on the “ethnicity of Burma” commits a terrible religious discrimination.

In the political context, the Zomi National Congress (ZNC) was publicly formed in 1989 in accordance with the rules and regulations of the 1990 Election Commission of the Union of Myanmar.

In the lawful and well-known event of this “1990 landslide for Daw Aung San Suu Kyi,” leader of the National League for Democracy (NLD), the ZNC party won two seats in two constituencies of Chin State. Pu Cin Sian Thang won in No. 1 Tedim Constituency and Pu Thang Lian Pau won in Tonzang Constituency. Hence, the Government of the Union of Myanmar’s statement on the “ethnicity of Myanmar” discriminates against Zomi racially.

The NLD itself is a witness for Zomi’s existence because Pu Cin Sian Thang, Chairman of the ZNC is a selected Chairman of “the Committee Representing People’s Parliament (CRPP)” which stands as a supporter of the NLD for over 20 years, and the CRPP is a witness as wells.

As the Union of Myanmar is approaching to democratic goals the APZPC demands the following facts:

1. Government of the Union of Myanmar should promptly declare that the “Zomi is an ethnic group of Myanmar”.

2. The Zomi has the same rights, freedom, respect and liberty as other ethnic groups of Myanmar.

3. The Chin National Front/Army (CNF/CNA), a group of robbers, killers, kidnapers who rape Zomi ladies by gun-points, must be removed from our land immediately.

If the Government of the Union of Myanmar refuse to the declaration of “Zomi is a tribal or ethnic group of Myanmar”, then:

1. The Government of the Union of Myanmar should promptly declare that, “Zomi does not include in the ethnic groups of Myanmar”.

Then the declaration of Zogam Topenna (independence of Zoland) can be made known to the whole world.