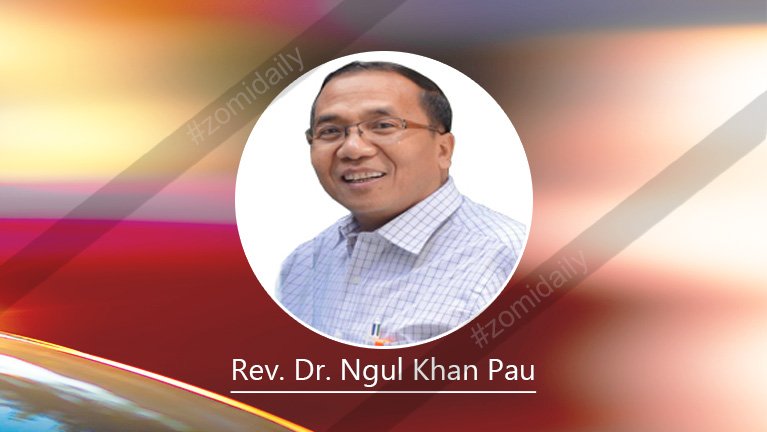 [Jamang Ngul Khan Pau, is currently based in Colorado Springs and attached to Development Associates International office as part of his sabbatical program in doing research and developing training materials for leadership, marriage enrichment and discipleship. He is happily married to Lucy Engjadim for 24 years and they have two sons Daniel Gin Sian Mung and Toshi Thang Lian Mang.

Pau, worked for six years (1981-1986) as an itinerant evangelist in his native home state in Manipur, India, another ten years (1986-1996) as Student’s Chaplain in Shillong, Meghalaya, India. He was invited by the Council of Baptist Churches in North East India to the position of Associate General Secretary (1996-1999) and then as General Secretary during 1999-2009. While serving in that position, Pau was invited as speaker in the Mission Conferences of the American Baptist Churches in Green Lake in 1999, 2000, 2003 and 2006. He was one of the Bible Studies leaders in the Asian Baptist Federation Congress in Manila in 2004 and in the Baptist World Alliance 100 years celebration in Birmingham in 2005. He was also one of the resource persons at the Third Lausanne Congress in Cape Town (October 16-24, 2010) in the Multiplex session, Men and Women: A Powerful Team in Completing the Great Commission.

Pau completed his Bachelor of Arts in 1981, Bachelor of Divinity at Union Biblical Seminary, Pune in 1985 and Doctor of Missiology at

Western Seminary, Portland, Oregon in 1995. He is actively involved as a resource person in seminars for Christian leaders and marriage enrichment in different cities in India, Myanmar and the United States. He also participated in peace initiatives among the different ethnic conflicts in Assam and Manipur. His passion is reading, mentoring emerging leaders and coming alongside pastors who are serving the churches in North East India.]