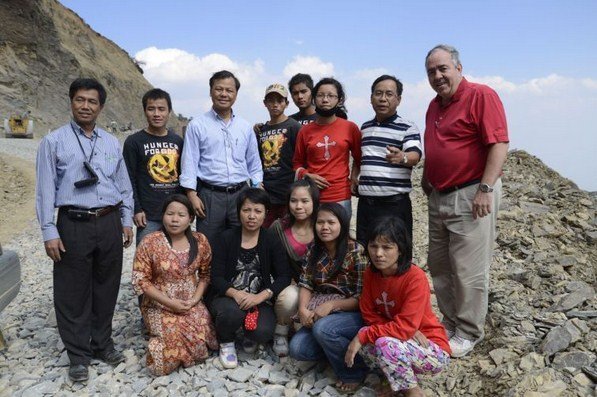 A Tulsa Burmese pastor who runs an orphanage and Bible school in Myanmar, formerly known as Burma, is planning to build a Burmese community center in Glenpool.

The Rev. Kham Khai, pastor of The Myanmar Christian Center, a Tulsa church of immigrants from Myanmar, said the center will be a place where Burmese people from the Tulsa area will be able to meet for fellowship and cultural and educational events, including English as a Second Language classes and citizenship training.

The church has purchased 10 acres on 181st Street west of U.S. 75 for the center, which will be a 12,000-square-foot facility with a large multipurpose hall, offices, a chapel and a kitchen, Khai said.

Fundraising for the $500,000 center is underway, and construction is expected to begin later this year, he said. For more information, call Khai at 918-284-4344, or go to the church’s website, mcctulsa.com.

Plans call for a soccer field, a clinic and a church building on the site, he said.

Tulsa has some 4,000 legal immigrants from Myanmar. Most of them are from the Zomi people group in northwest Myanmar, and most came as political refugees in the last five years, some fleeing religious persecution.

Many are from Chin State, a largely Christian area of Myanmar, which is 90 percent Buddhist. Tulsa has about a dozen Zomi churches.

Khai came to the United States in 1994 to attend Oral Roberts University after attending a Bible college in Myanmar. He graduated from ORU in 1999 with a master of divinity degree and went on to earn his doctorate in ministry in 2007.

Khai founded a Bible college in Myanmar in 2004 and an orphanage in 2010 that now has 40 children. He travels regularly to Myanmar to oversee those ministries.

He and his wife, Mary, have two sons, 8 and 14, and live in Jenks. Source: TulsaWorld