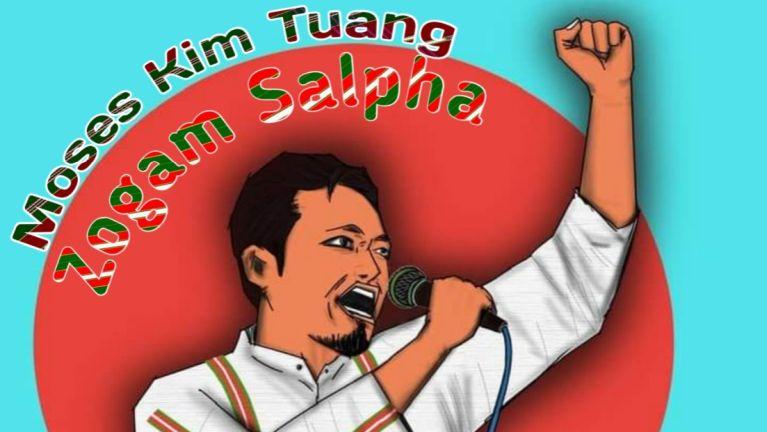 Mr. Moses Pau Kim Tuang was born on February 6, 1982, in Tuimang, Myanmar. He is an honest and hardworking man for his family and community. His family called him to join them in Malaysia with hopes of better living. However, he returned to Myanmar alone because of his burning desire for his people Zomi and Burma.

He led various civil movements like protests against the Myitsone Dam Project, the Vote No Campaign for the 2008 Constitution, the brutal killing of a middle school Teacher Dim Lun Mang, etc., in the name of justice, truth, fundamental human rights and democracy. He had given all his years of youth to make Myanmar a better country and the Zomis better lives.

On November 29, 2021, Pu Kim Tuang was traveling to Tedim from Kalaymyo when a collective armed force allegedly kidnapped him at Taingen. Then tortured him mercilessly until the last day of his life. Until recently, the alleged kidnappers never claimed responsibility for their insidious acts and hid the body.

On April 19, 2022, a body was found around Milestone 29/3 and 4 in the Taingen area. It was only confirmed that the corpse was indeed Pu Kim Tuang’s body on the 20th of April by his family members; after he went missing for 5 months, precisely 142 days. His remains were retrieved the same day. Although his body is safely buried at Kalaymyo, his head is still missing; thus, it is sensible to conclude that he was barbarically beheaded. From the looks of his corpse, Pu Kim Tuang’s Achilles tendon was cut off, and his arms and legs were burnt.

It is an excruciating death for his family, the Zomi people, and all his comrades. Let’s all pour out our hearts and show our love and respect by donating whatever amount we can to show our utmost love and respect for the falling star. Let us comfort the family he left behind in their most darkest times of grief and ordeal.