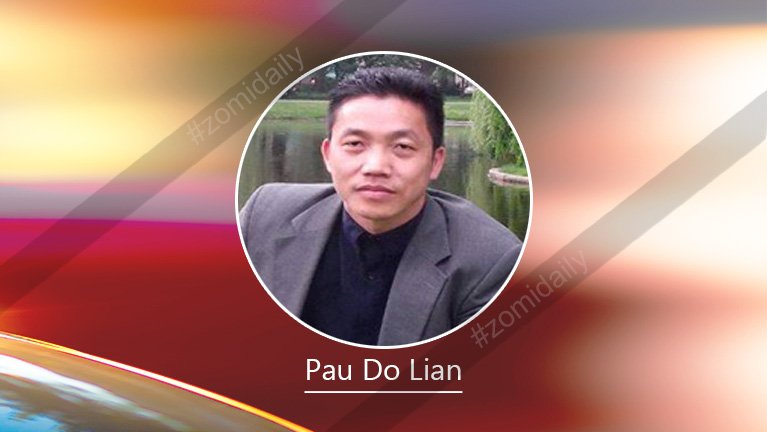 What development implies to Zogam community ~ Pau Do Lian

Introduction: Zomis were known those who inhabited of Chin hill regional areas now some of them have scattered all over the world whether legal or illegal immigration and some for studies or work. The sequel remains desperate the land and depopulated without mortality poses. The following points focus the planning to action plan and implement projects for zomis development.

The simplification of term Zomi into English is Zo People. The word “Zo – Lo” has many literal meanings such as “win”, “respond”, “higher altitude”, “conquer” hill, mountainous place higher elevation where climate is cold; and “Mi” means “people”, human, person.

What is the need for Zomi Community Development?

Zomi Community development would be the planned of all aspects of zomis community well-being (economic, social, environmental and cultural). It is a process whereby all zomis community members come together to take collective action and generate solutions to common problems. The scope of its development can vary from small initiatives within a small group, to large initiatives that involve the whole community. Regardless of the scope of the activity, effective zomis development should be:

Often when we think of the term community, we think in geographic terms. Our community is the location (i.e. city, town or village) where we live. When community is defined through physical location, it can be defined by precise boundaries that are readily understood and accepted by others. Defining communities in terms of geography, however, is only one way of looking at them. Communities can also be defined by common cultural heritage, language, and beliefs or shared interests. These are sometimes called communities of interest. Even when community does refer to a geographic location, it does not always include everyone within the area.

For example, many Aboriginal communities are part of a larger non-Aboriginal geography. In larger urban centers, communities are often defined in terms of particular neighborhoods. Most of us belong to more than one community, whether we are aware of it or not. For example, an individual can be part of a neighborhood community, a religious community and a community of shared interests all at the same time. Relationships, whether with people or the land, define a community for each individual.

Why Zomi should develop?

When we talk about Zomi, the people, the culture heritage or traditional and the place (Zogam) are inseparable. Many zomis ashamed of its original dialect traditional dresses traditional food when living among multi-cultural within or outside of Myanmar. I was once confronted this fact in my first travel but I rather proud of being one of the zomis visibilities now.

Patriotism, unity and honest are required for the realization of Zomis development. I am encouraged when I read many zomis writers mentioned about unity is strength etc. Imagine how zomis occupies this planet in 21st century is proven by various media sources but isolation is our ancient chinland (Zogam) where we were born.

2009 UNICEF surveillance confirmed only one third of chinland inhabitants could afford regular meal and two third of it could not afford regular meal. This concrete data proofed chin Landers are more starving than that of whom majority consider Kayah state is one of the poorest states in Myanmar where two third of its population could afford regular meal and only one third could not. Moreover, the quality of food intake or access is much higher than that of Chin Landers. One cannot ignore quality of water access and hygienic habits when development is implemented also. Therefore previous surveillance shown development is highly required in the entire of Chinland in terms of social well-being.

Who should contribute for Zomis development?

Patriotism and zomis unity will play vital roles in education, health and economic development. Unity tells us that our mind is our connection link with God, and if we are controlled by God. Patriotism is the inspired by the love for one’s Mother-Land, love of one’s Birth-place and complete devotion to its safety and protection. Life is born, sustained upon and from the land on which we live. We were brought into life by birth and keep on going by the land on which we live. Contributions come from willingness, accountability with wholeheartedly and it can be supplied material, space, time or service that would otherwise have been paid for by the recipient.

It involves non-cash asset transaction for instance securities, land, building, equipment, use of facilities, labors and goods to assist project and are provided without charge to a recipient. Implementation is the carrying out, execution, or practice of a plan, a method, or any design for doing something but not only a word. As such, implementation is the action that must follow any preliminary thinking in order for something to actually happen.

The symbol of Zomis is Hornbill; Hornbill is one of Asia’s most attractive birds. Large, colorful, and easier to spot than most other birds, hornbill have become iconic animals in the tropical forests of Asia. However, the facts remain for Zomi that Hornbill intuitive love resulted in constantly protection and safety each other. Likewise, Zomis unity is the preliminary demand which will sequel sharing energy, time, money, and capacities to empower the already good capacities of zomis community. Unity strengthened to facilitate, skills is not luck but learnt and capacities build up personal and community-well being.

Learning from the past experiences approved zomis communities unable to identify themselves as marginalized or vulnerable community and even unable to take advantage of them. The past generation was excusable due to illiterate, economic paralysis impact unhealthy in all aspects. Since this decade young zomis should not excuse these factors but with deep consideration on what we do (not what we think, speak) now in community an impact on future generations.