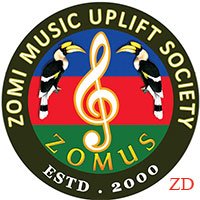 Churachandpur, Jan 31: The Indian chapter of Zomi Idol entered its first elimination round today at Zogal Hall with 30 contenders who made the cut during the audition held last week showing their first live performance before the judges and the audiences.

The Zomi Idol which is set to culminate in Tulsa, Oklahoma, USA on July 5 will have two best performing contenders from at least half a dozen countries where the national level selection was held simultaneously.

In India, Zogam Artiste Association has been entrusted to select the lucky pair. They will be conducting three elimination rounds in all with 10 contenders each to get eliminated on the first and second round, said the organizers.

In the third and final round for the Indian chapter, only 3 will be selected and among them two will head for the Global Zomi Idol contest.